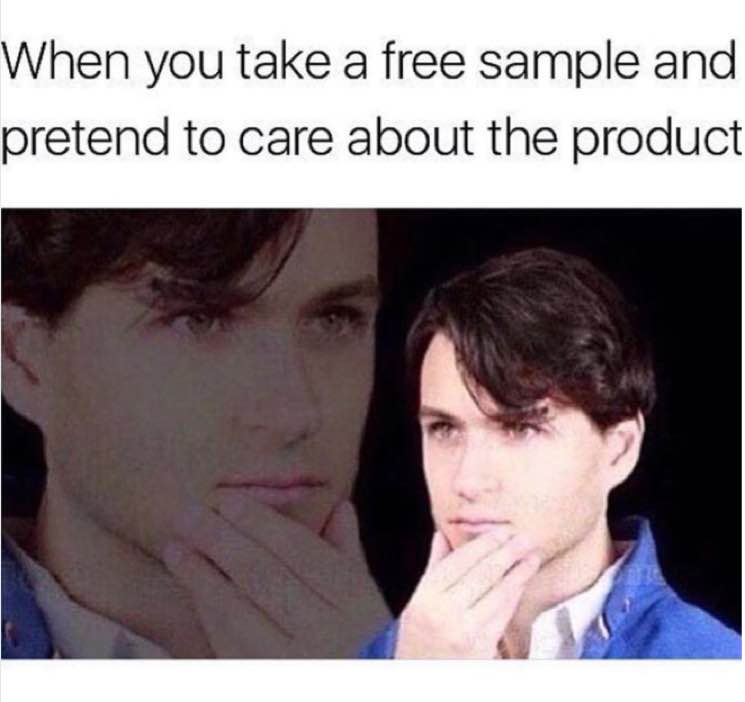 Cardi B slayed the charts in 2017 with “Bodak Yellow” and is looking to keep the momentum going with “Bartier Cardi,” but that doesn’t mean she’s above trawling the free samples at Whole Foods.

The rapper and rising star admitted as much by posting a meme on Instagram featuring a pensive-looking fellow and the caption: “When you take a free sample and pretend to care about the product.”

Turns out, the dude in the picture wasn’t just an internet stock photo, but none other than Vampire Weekend frontman Ezra Koenig.

Cardi owned up to her own store sample habits, adding: “This is me at Whole Foods trying out cheese and in the teriyaki spot.”

It’s not totally clear if Cardi knew who was featured in the meme, but either way, Koenig was honoured by his appearance on the rapper’s Instagram page. He even shared a screenshot the shoutout in his story. 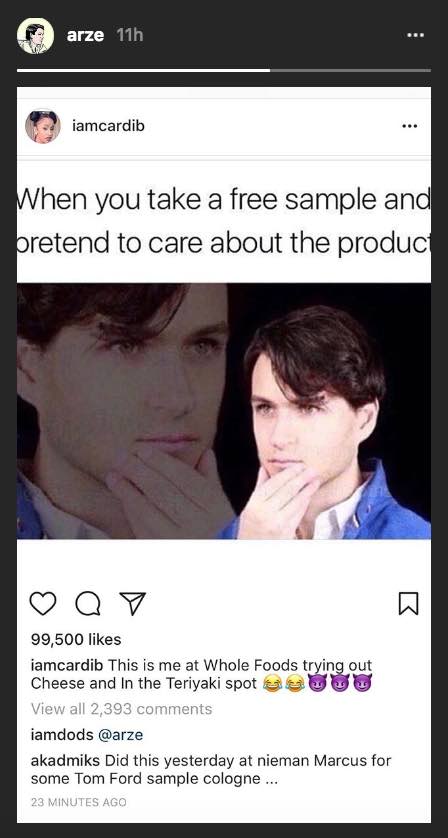