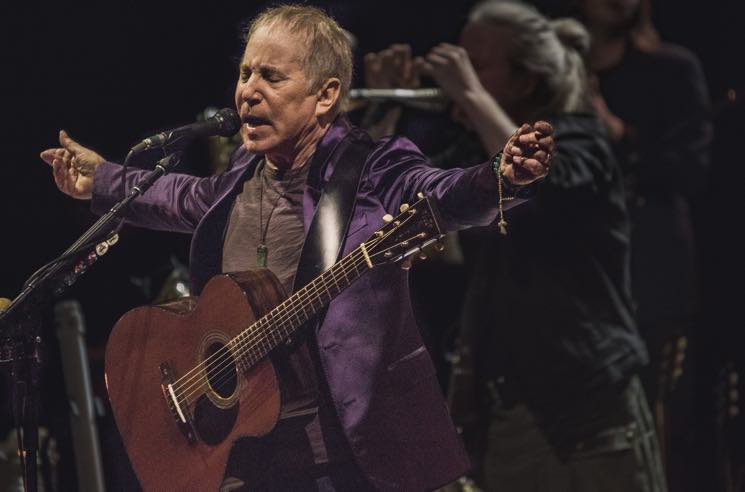 After hinting at his retirement in 2016, Paul Simon returned to the road in support Stranger to Stranger last year. Now, though, the iconic singer-songwriter has revealed plans for what may be his final show.

Simon will deliver what is being billed as a “farewell performance” at London’s Hyde Park on July 15 in conjunction with the Barclaycard Summer Time Festival. Specifically, the show is coming under the banner “Homeward Bound – The Farewell Performance.”

You can see the ad for the concert below.

As press time, however, the 76-year-old hasn’t released any sort ficial statement on his rumoured final appearance, though he did reveal a desire to retire from the public eye a couple years ago.

“It’s an act courage to let go,” Simon previously told the New York Times. “I am going to see what happens if I let go. Then I’m going to see, who am I? Or am I just this person that was defined by what I did? And if that’s gone, if you have to make up yourself, who are you?”

For the show at London’s Hyde Park, Simon will be joined on the bill by Bonnie Raitt and James Taylor.

Tickets for the gig go on sale to the general public this Friday (February 2) at 9 a.m. local time.

Stay tuned for more information as it becomes available.