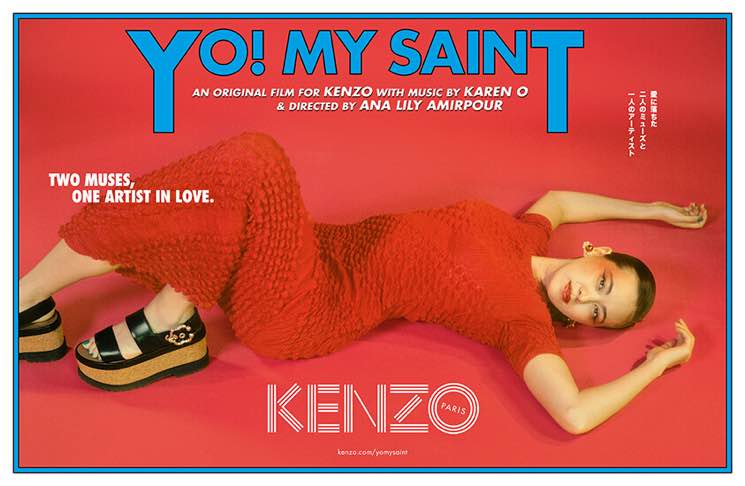 Yeah Yeah Yeahs frontwoman Karen O and UK soul singer Michael Kiwanuka have paired up for a new track called “YO! MY SAINT.”

“When I thought the muses for Humberto and Carol being this Japanese artist and model, it just sparked this other side my imagination, which is the Asian melodrama that’s within me,” she said in a conversation with her collaborators.

Expanding on the notion a Korean soap opera, she purposefully incorporated elements melodrama, romance, yearning and high stakes — “all that good stuff.”

The track will be treated to a vinyl release that will be available through Kenzo in stores and online as January 22.

For now, hear the song and watch Amirpour’s accompanying film below.