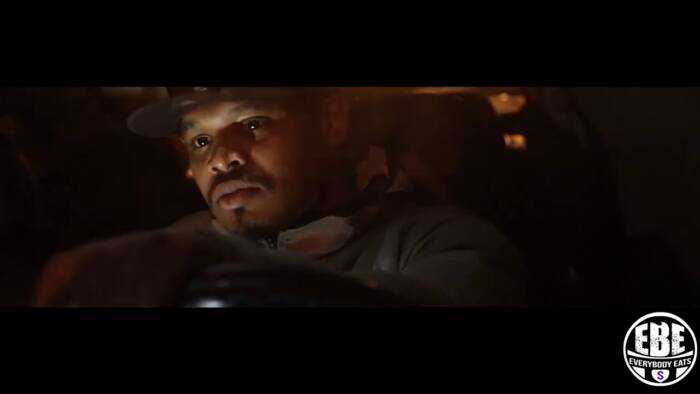 Straight on the heels of “Dessalines Flow” his track voicing his thoughts on systemic racism in America, Syracuse spitter BA Badd returns with another message.  “F150” Produced by Vinyl Villain (Nolan The Ninja, Ankhlejohn) and visuals filmed by Cut N Shoot Productions has premiered via HipHopSince1987 this morning.
Speaking on the track Badd said “F150 was my friend.  He was called that because he was built tough and he ended up being killed in the streets right around this time a few years ago.”  The video mirrors the impact of that life as Badd runs into his opp right out of the store where words are exchanged.  The opp goes on a hunt for Badd with a shooter riding shotgun.  Without giving away the ending, Badd says “you’ll see that the shooter is very similar to the victim and that’s because we are killing ourselves in these streets. No one really wins when they take a life, it’s just taking someone just like yourself away from his family and friends.”
More Info:
https://instagram.com/babadd_ebe?igshid=19jy68dcgixb0