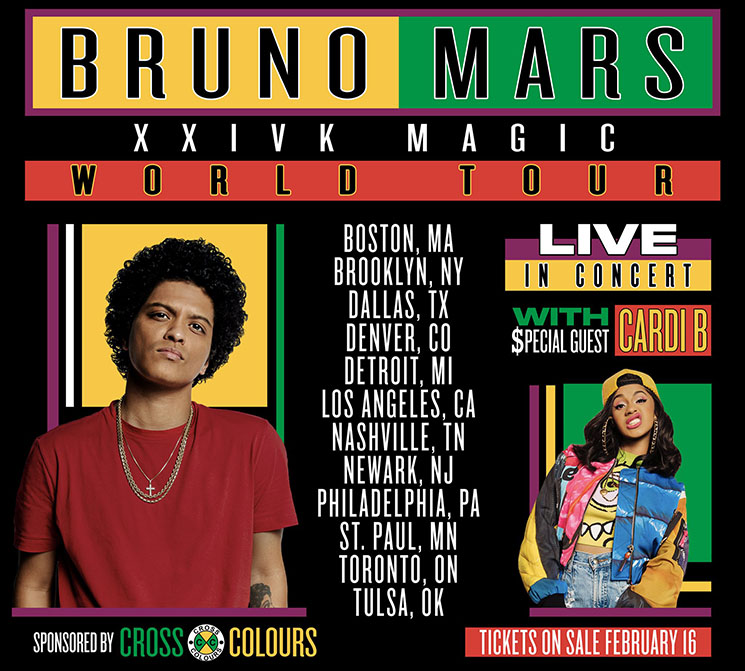 Bruno Mars’ big victory at the Grammys resulted in a lot backlash, but that isn’t stopping the charming funkster from hitting the road for a victory lap. He has just added a pile North American dates to his “24K Magic World Tour” with opener Cardi B, including a stop in Toronto.

Mars and Cardi shared the above image to promote their tour. As press time, two pieces information are conspicuously missing: the dates and the venues. The cities are listed in alphabetical rather than chronological order, so we don’t even know when on the tour they will be coming to Canada.

Tickets go on sale on February 16. Presumably, we’ll know the full show details before then, so stay tuned for updates.

On Twitter, Mars described this leg dates as “the finale,” so presumably these are the final dates on the sprawling tour (which has already run for close to a year). He already played Toronto last summer, along with a number other Canadian cities.