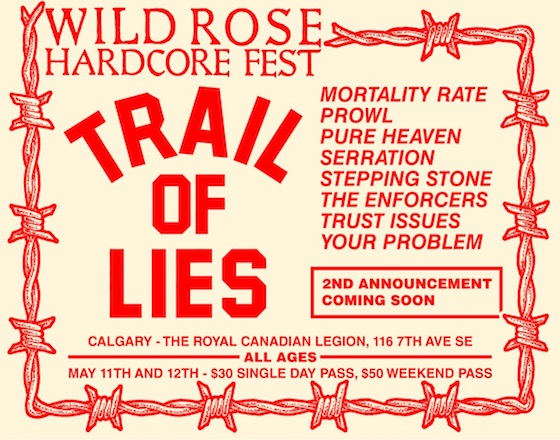 While we’re a long way away from the “festival season” commonly associated with summer, the kind people behind Calgary’s Wild Rose Hardcore Fest have opted to warm our hearts with an early announcement.

The all ages festival takes place on May 11 and 12 at Calgary’s Royal Canadian Legion, but organizers have given us an early look at what to expect.

More information on the festival is available here. Keep in mind that this is just the first announcement Ś expect more bands to be confirmed soon.