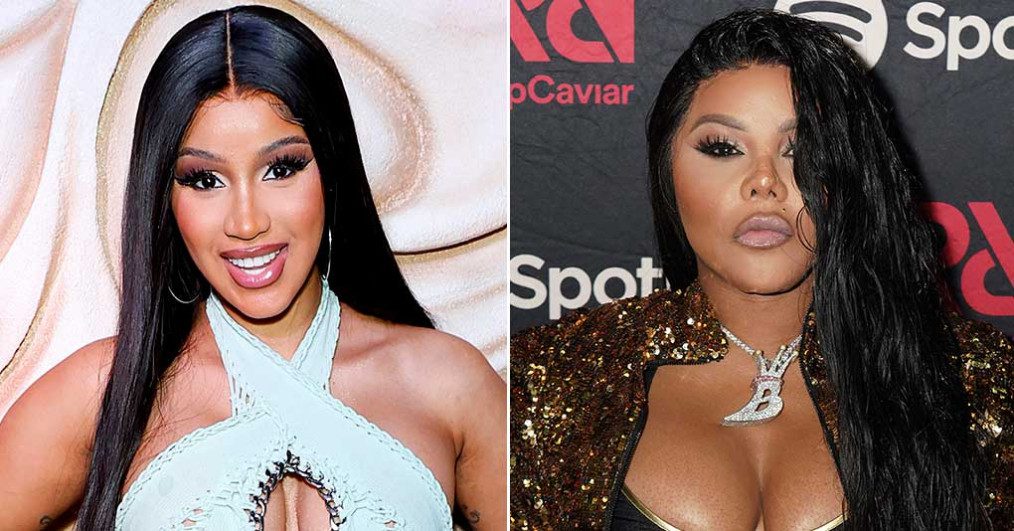 Cardi B and Lil’ Kim Hit the Studio

Lil’ Kim and Cardi B may be cooking up a collaboration.

Fresh off her remix to Megan Thee Stallion’s “Plan B,” the Queen Bee hit the studio with Cardi. Video footage surfaced of the two in the lab on Saturday night.

It’s unclear what they were working on, but Swizz Beatz and A$AP Ferg were part of the studio session. Lil’ Kim’s daughter, Royal Reign, also made a cameo in the Instagram Story.

The person filming pans around the room while showing the packed studio. “I got everybody,” he announces.

Lil’ Kim and Cardi B are in the studio Right Now 👑 pic.twitter.com/shzDPY9Y54

Back in July, Cardi said that she was eyeing a collaboration with Kim for her long-awaited sophomore album, but she had not found the right record.

“I want Lil’ Kim on my album,” she told Hot 97’s Nessa. “I do have a song that I think she’s good for it, but then I’m also debating on another song. I kinda want her on this one too.”

She considered doing a record like Kim’s 2000 song “Aunt Dot,” but wondered if it would sound dated. “I just want the song that I do with her, I want it to be a super, great comeback,” Cardi added. “I want this to be her moment.”

Kim has shown love to Cardi in the past. After “Bodak Yellow” hit No. 1 on the Billboard Hot 100 in 2017, she congratulated her. She even teased a “Ladies Night” remake with Cardi and Remy Ma.

“Congratulations to my baby cakes @iamcardib I always knew this day would come and I am so happy and proud of U!” Kim wrote. “Keep killin it baby! U deserve every bit of it.”