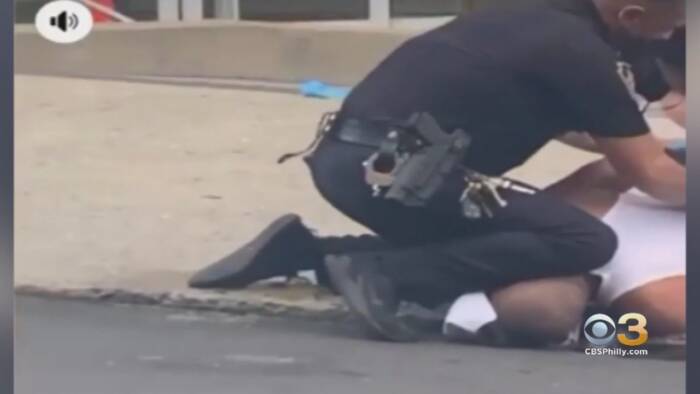 Allentown Police Department shared their use of force policy earlier this month.

Not exactly a month after Allentown Police Department discharged their use of force policy, an APD officer was captured on camera bowing into a man’s neck Saturday (July 11) evening. It’s a similar move that executed George Floyd.

Granitz reported that there will be an examination.

In a 24 second video taken by an occupant outside of St. Luke’s Sacred Heart Hospital, three cops are seen capturing a man. With his face in the asphalt, one of the officers seems to apply strain to the man’s back utilizing his shoulder and elbow before squeezing his knee into the man’s neck.

The use of force policy should stop these kinds of episodes. The request gives a rule to officers and states that they should only use “force that is reasonably necessary to effectively bring an incident under control while protecting the lives of the officer and others.”

Protestors are requesting that authorities discharge the name of the cop.

Despite the fact that an examination is in progress, Granitz is uncertain of to what extent it will take.

“I don’t have a 24-hour, 48-hour time table for you,” Granitz revealed to one inhabitant.

“My takeaway from the video is that Black and brown lives don’t matter to APD or to the city,” Justan Parker, Black Lives Matter to Lehigh Valley leader, told CBS Philly.

“It’s really concerning and it’s scary in fact because now that the policy was made public there’s still not a buy-in,” Parker added. “So what are we doing here? What was the point in releasing it if we’re not going to adhere to it?”

Police still can’t seem to discharge any data on the man, including his name and condition. Residents are likewise asking that bodycam film from the officers additionally be discharged.

Meanwhile, Black Lives Matter to Lehigh Valley is anticipating more protests in the not so distant future.