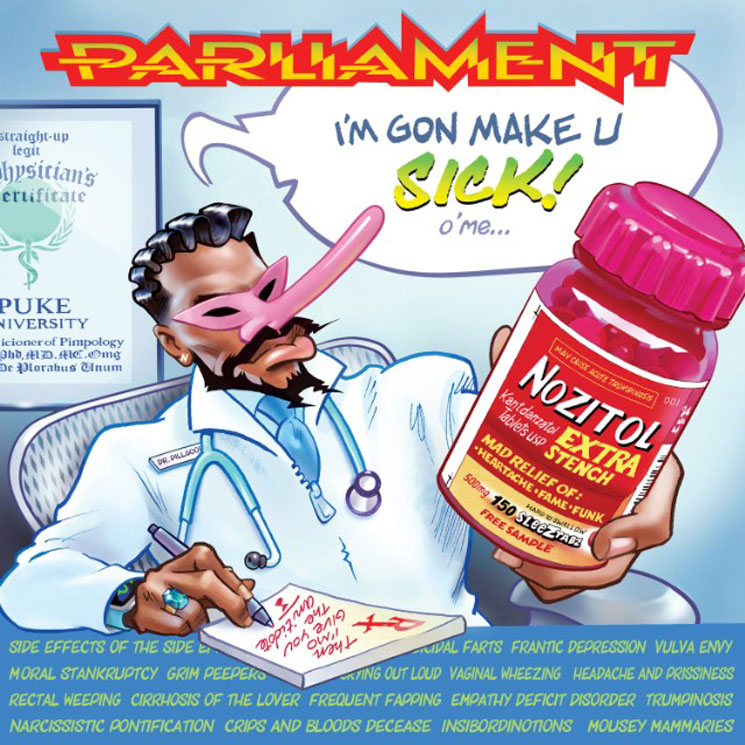 While its sister act Funkadelic has been active these past few years, George Clinton has now put Parliament back in gear with the arrival a new single.

Titled ”I’m Gon Make U Sick O’Me,” the Scarface-assisted cut marks the group’s first new material in 38 years, having been dormant since 1980’s Trombipulation. You can hear the funky new cut in the players below.

In a AMA held earlier this week, Clinton revealed the track to be part a Parliament full-length titled Medicaid Fraud Dog. He also had some fond memories smoking weed in Toronto back in the ’90s.