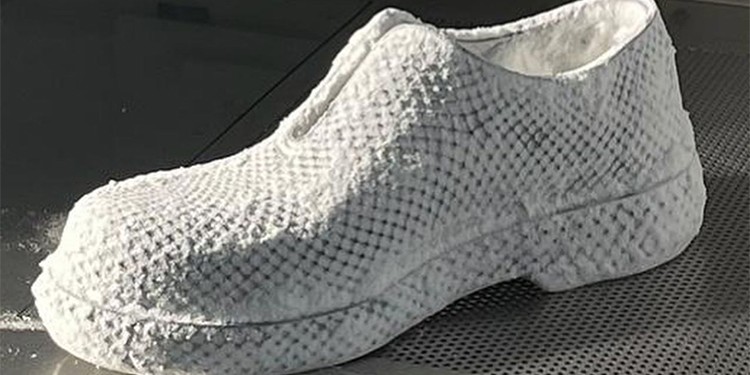 In the lookbook images and runway, the pairs were often paired with long drapey bottoms and thus partially disguised. Now up close and personal, we see the new footwear constructed almost entirely of a 3D-printed weave somewhat reminiscent of adidas Futurecraft 4D‘s soles. For Derbys, a quicklace system is put in place above glossy black leather tongue tabs while the mid-top boots go for a laceless design with a heel slide insert for easy entry and exit. What looks to be 3D-printed insole inserts and white laceless prototypes of the Derbys have also been revealed in the gallery.

Revealed on the same day during PFW were seashell-inspired 3D-printed sneakers from Botter and Reebok showing new possibilities of the technology and further suggesting that we may see a lot more of these computer-generated silhouettes in the near future.