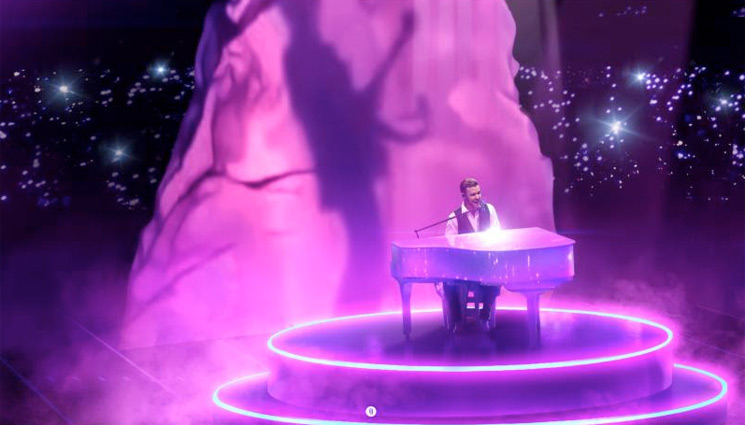 Justin Timberlake delivered the Super Bowl halftime show tonight in Minneapolis, and thanks to the magic the internet, you can relive it all over again — complete with a Prince cameo, whether you like it or not.

As could be expected, JT’s 13-minute performance for halftime was more than a little extravagant, as he hustled through a long list songs and stage setups. Among the tracks played were the likes “Filthy,” “Rock Your Body,” “Seńorita,” “SexyBack,” “My Love,” “Cry Me a River,” “Suit & Tie,” “Until the End Time,” “Mirrors” and “Can’t Stop the Feeling!”

However, it will be the “duet” with Prince that everyone will be talking about tomorrow.

As Timberlake took to a piano for a cover Prince’s classic “I Would Die 4 U,” a massive projection the late Purple One appeared behind him on a sprawling backdrop. It also came with a huge amount purple and eventually an even huger Prince symbol.

If you missed it all, you can play catch-up in the player below.

In a statement, Nick Whitehouse Fireplay — the company that helped orchestrate the halftime performance — said that they aimed to “pay tribute” to Prince, saying the following:

Paying tribute to Prince was something JT highlighted as an important moment for this show, and we spent quite a bit time ensuring this moment would be true to his legacy. Ultimately, Justin decided that the only person who could do Prince justice is Prince, and we’re so proud to be part his team who created this epic moment.

Of course, the tribute came as rumours erupted over the weekend that Timberlake would be joined by a Prince hologram for the performance.