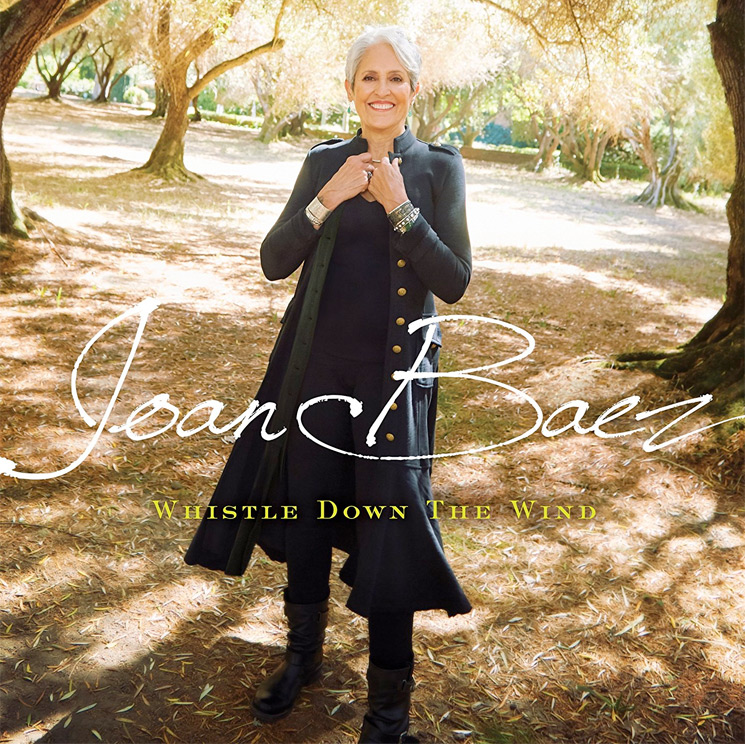 Folk legend Joan Baez is coming back into our lives a new covers album, on which she will be taking on the likes Tom Waits, ANOHNI and Josh Ritter. Titled Whistle Down the Wind, the record will arrive on March 2 Bobolink/Razor & Tie.

The album marks Baez’s first in a decade and follows 2008’s Day After Tomorrow. Along with taking on songs by all the aforementioned artists, Baez will also cover songs by Mary Chapin Carpenter, Joe Henry, Zoe Mulford, Eliza Gilkyson and Tim Eriksen.

For a taste the record, you can now listen to her cover “Whistle Down the Wind” by Tom Waits and Kathleen Brennan. The song originally appeared on Waits’ 1992 album Bone Machine, and you can stream Baez’s cover the song at the bottom the page.

All Whistle Down the Wind was produced by Joe Henry.

Along with the album announcement, Baez has revealed that 2018 will be her final year touring. As such, her final live outing is being called the “Fare Thee Well Tour,” and you can see all the dates announced so far over here.

“The direction this album went is that 2018] is going to be my last year formal touring, and so there was a feeling, maybe not even spoken, but there was a strong feeling that it’s time to move on,” Baez told Rolling Stone.

She added, “What’s happened, and I didn’t do it on purpose, but the songs have become mine. That’s when I know I’m on the right track.”

Whistle Down the Wind: