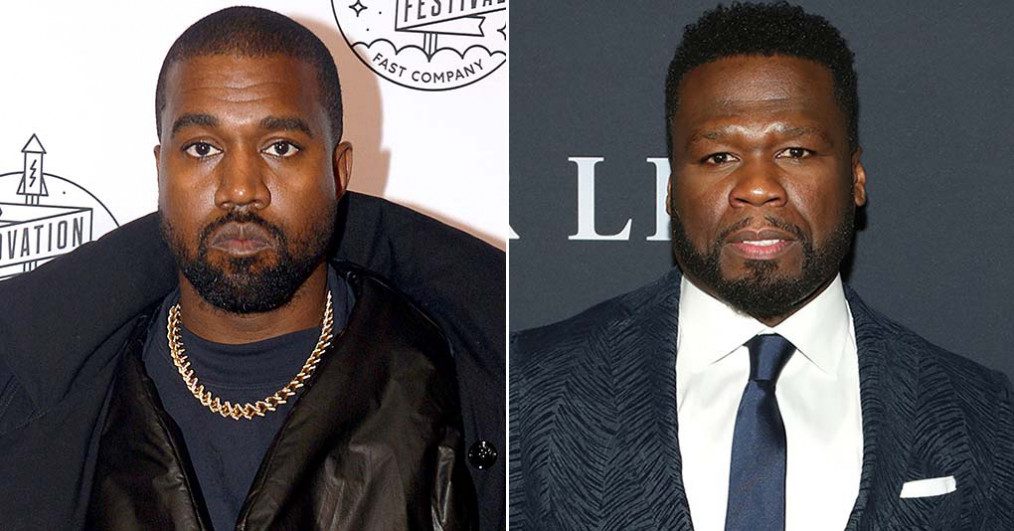 Even 50 Cent was a victim of Kanye West’s viral fake post.

Amid his latest Instagram outburst last week, a Photoshopped image circulated online in which Ye appeared to claim that his ex-wife Kim Kardashian suffered from frequent diarrhea.

“Kim has diarrhea a lot,” read the alleged message. “Like way more than a normal person should have it.”

However, Ye promptly shut down claims that he was behind the fake message. “This was not from me,” he wrote. “Someone copied my style of text and wrote something not funny.”

But that didn’t stop 50 Cent from believing the hoax…or at least using it to troll Ye. Even after Ye’s denial, he reposted the fake image on Instagram.

“What the f**k made you do this, smh,” he told Ye in his caption before suggesting that he was drunk. “Not liquor, nah. That boy on dat branson!”

Amid 50’s trolling, Ye responded in the comments by once again denying that he was the author of the message. “I ain’t wrote this bro,” he told 50.

Kanye West responds to 50 Cent after he reposted the fake viral IG post:

"I ain't write this bro" pic.twitter.com/ttpCPWiflt

Just a day earlier, in the wake of Queen Elizabeth II’s death, Ye announced that he was squashing his many beefs with Pete Davidson, Kid Cudi, and Adidas Senior Vice President/General Manager Daniel Cherry.

“LIFE IS PRECIOUS … RELEASING ALL GRUDGES TODAY … LEANING INTO THE LIGHT,” he wrote in a now-deleted post. “BEST WISHES AND BLESSINGS TO PETE CUDI DANIEL [CHERRY].”

Earlier in the week, 50 tried to reignite beef between Lil’ Kim and Nicki Minaj when he claimed that Kim was taking shots at Nicki’s son Papa Bear on her remix to Megan Thee Stallion’s “Plan B.” In the process, he also dissed Kim’s daughter, prompting a response from the Queen Bee.