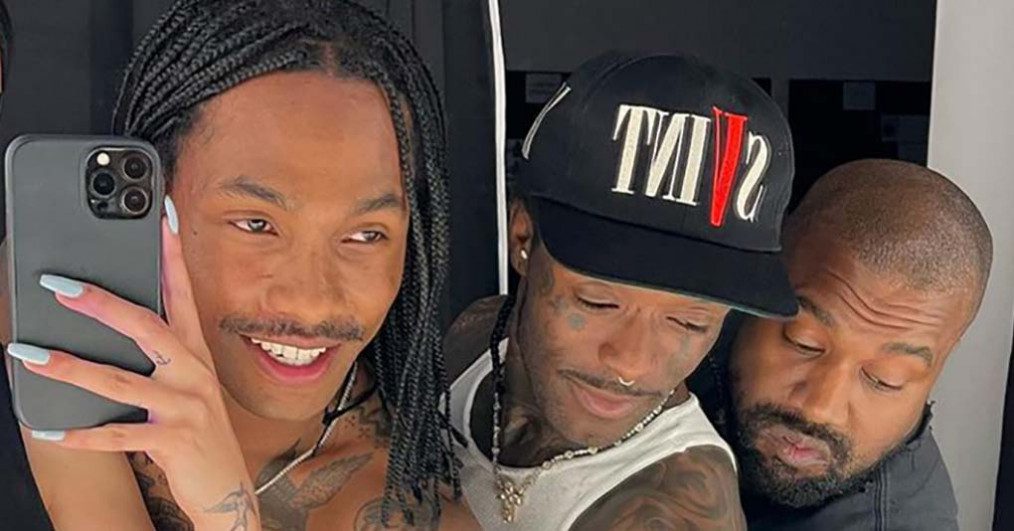 Kanye West is commemorating his friendship with Lil Uzi Vert and Steve Lacy.

The trio showed off their matching tattoos in a mirror selfie with L.A.-based tattoo artist Mez Afram. The new ink appears across three lines on their left biceps and reads, “We here forever technically.”

Ye has shown his love for Lacy in the past. Following the release of his album Gemini Rights last month, he left a comment praising the Compton-born musician.

“Album is beautiful. One of the most inspiring people on the planet,” he wrote.

Ye also showed his love to Uzi, even after the Red & White rapper said West wasn’t on his level. “On some real shit, Kanye West ain’t fu**ing with me,” Uzi said back in October 2020. “It’s me. Like, me. Like, for real though. It’s really me. Like, I ain’t gonna lie. Like, when I be making them songs and those songs only go platinum once, I do that on purpose.”

The comment didn’t seem to bother Ye, who reposted the video and responded, “I love UZI. I be saying the same thing about Steve Jobs I be feeling just like UZI.”

In August 2021, Uzi called Ye a “fake pastor” in a since-deleted tweet, fueling speculation that Uzi was upset about being left off DONDA.