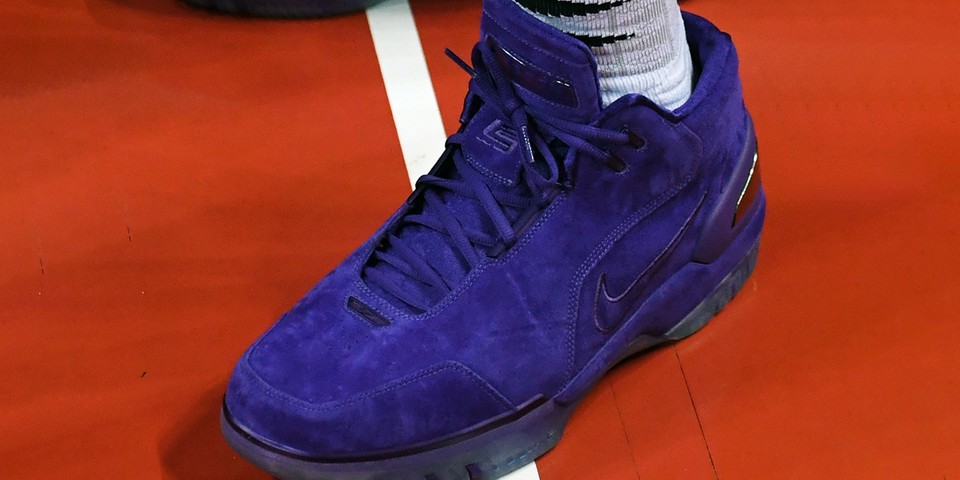 Another pair of LeBron James PE sneakers are set to arrive later this summer. The Laker’s Nike Air Zoom Generation “Court Purple” is considered one of the player’s most sought-after Nike shoes.

The shoe was originally released as a player exclusive and was first spotted on James right before Game 3 of the 2018 NBA Finals and during the NBA Summer League that same year. Also dubbed the “Purple Suede,” the shoe is constructed entirely of suede in the monochromatic Lakers’ purple shade for the upper. More suede lines the tongue and the Swoosh on the lateral, while James’ crown logo sits on the tongue right above the purple laces. The all-purple aesthetic stretches to the TPU details and tongue while the heel arrives in a slightly different shade of purple. The underfoot sees the shoe sit on top a purple foam midsole paired with a semi-translucent purple outsole to round out the design.

Take a look at the Nike Air Zoom Generation PE “Court Purple” first seen during the 2018 NBA Finals on King James himself. The shoe is slated to arrive in select retailers and on Nike for $190 USD this Summer 2023.

In other footwear news, Prada’s signature America’s Cup gets dipped in “Cornflower Blue.”