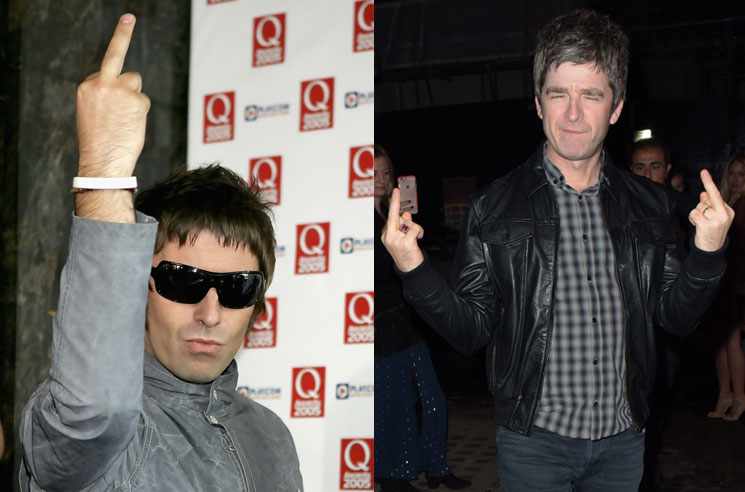 It was nothing short a Christmas miracle last month when Liam Gallagher declared that he and brother Noel were “all good again” after a year feuding. However, it seems the beef is back to kick f 2018.

A recent Twitter tirade from Liam appears to stem from some comments Noel made on the Sodajerker podcast last month, alleging that a number solo artists in Britain make use “an army songwriters.” Specifically, he named “Richard Ashcrt, Our Kid a.k.a. Liam] all the way to fucking Ed Sheeran and the little fella from One Direction” as fenders.

Responding to Noel’s comments, Liam wrote, “Dig me out all day long rkid but Richard Ashcrt pisses all over you and the 2 Ronnie’s every day the wk as you were LG x.”

He added that Noel “wasn’t moaning about who wrote what in the 90s when I was making him rich and famous.”

Of course, one follower prodded Liam about last month’s brotherly truce, to which he replied, “Fuck the truce.”

The ride didn’t stop there, course. Liam continued to bash Noel’s recent support shows for the likes U2 and the Red Hot Chili Peppers (again), saying ”its a lot more undignified to be supporting the undignified in stadiums.”

Take in his tweetstorm below, and here’s to whatever 2018 holds for the brothers.