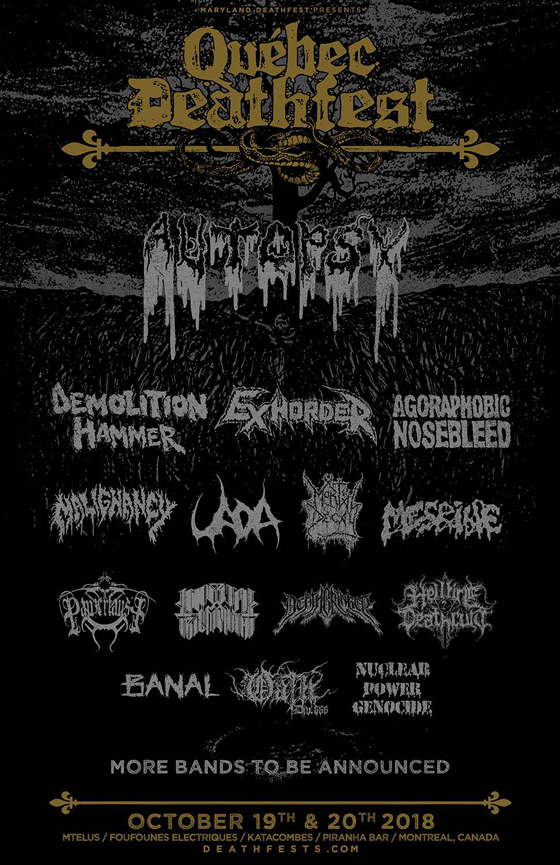 Having run the biggest festival its kind south the border for over a decade, organizers behind Maryland Deathfest are now bringing the metal madness to Montreal for a new event this fall. Ahead time, they’ve unveiled the first round bands set to play the inaugural Quebec Deathfest.

A two-day, all-venue pass is set to go on sale at 12 p.m. EST today, and you can find further information on here. Further ticketing options will be released upon completion the lineup.