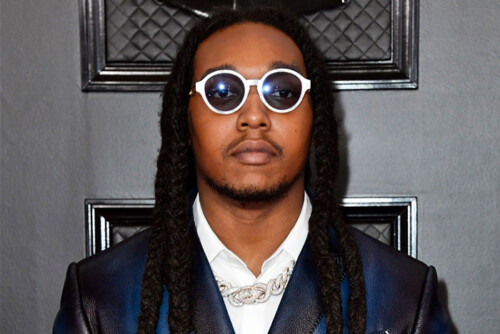 A woman, who has chosen to remain anonymous, has stepped forward with claims that Takeoff raped her at a party hosted by DJ Durel in Encino, California. According to TMZ, she revealed that Takeoff was staring at her all night at the party, making her feel uncomfortable, just before he offered her some weed. She turned him down. And according to her, he later raped her in a bedroom at the house where the party was being hosted.

How she got to the bedroom was another story. The woman claims that she had initially gone to an area upstairs with the party host only to find an angry Takeoff as he had gotten into an argument with the host. Seeking refuge, the woman went into the host’s bedroom. It was then that Takeoff followed her into the bedroom and started to touch her on her butt.

She said she refused all his advances but it didn’t stop him from flipping her face down and pulling her clothes down before raping her.

To back up her claim, the alleged victim stated she checked herself into a nearby hospital where the hospital staff “observed physical evidence of forceful rape.” According to the victim, the hospital notified the LAPD.

Her lawsuit against Takeoff, who has not yet released a statement, is for sexual battery, assault, emotional distress, and more. The price tag on the damages she’s seeking has not yet been revealed.