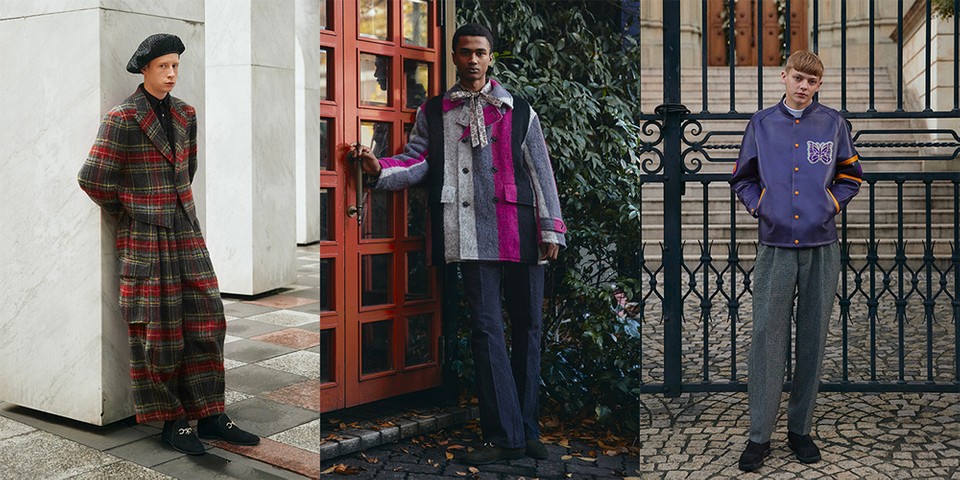 Returning this season in its signature retro Americana aesthetics, NEEDLES has unveiled its lookbook for Fall/Winter 2023. Brimming with jazzed-up co-ords and ritzy outerwear, Keizo Shimizu rendered the lineup in his usual vintage-inspired patterns, all in a palette of moody and jewel tones.

The collection comprises a mix of menswear and womenswear in sleek and relaxed silhouettes. Doused with dandy appeal through and through, many of NEEDLES’ frequently revisited prints and patterns also make a return this season — from leopard, peacock, paisley, jacquard, plaid, houndstooth, to the label’s emblematic butterfly motif. As for materials, the assortment of styles comes in a range of evergreen and winter-ready fabrications, from tweed to wool, cotton sateen, denim to knits, and leather.

The lookbook is brought to life by NEEDLES’ team of frequent collaborators, such as photographer Kento Mori, stylist Masataka Hattori, and Sugaya Yukio as the art director. Check out the lookbook in the gallery above, or head to NEEDLES’ official website for more information.

In case you missed it, Paul Smith Fall/Winter 2023 is a reflection of the designer’s past.