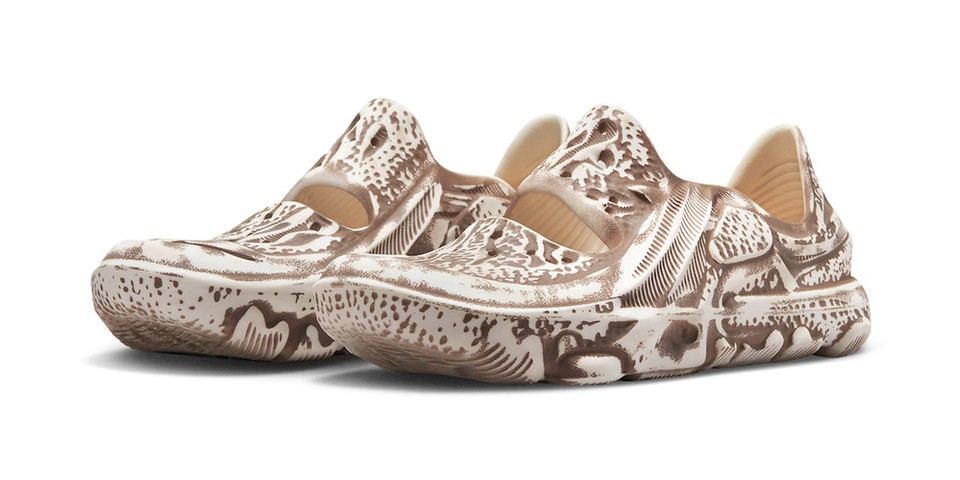 After introducing its Calm Slides earlier this month, Nike now reveals the first two colorways of another slip-on model — the Nike ISPA Universal. The pairs will look to compete with similar offerings in the market such as the Merrell Hydro Moc and adidas adiFOM Q.

Introduced as part of the brand’s forward-thinking ISPA (Improvise, Scavenge, Protect, Adapt) program, the upcoming pairs feature a molded foam body merging both natural pebbled indentations and scoops as well as mechanical grooves. The laceless toe box section incorporates a number of scattered perforations, Swoosh accents, and a pill-shaped window opening which match the sculpted aesthetic   Rounding out the look are cork insoles and treaded bottoms.

Take an official look at the Nike ISPA Universal in “Mink Brown” and “Natural” above and expect the pairs to release in the coming months via Nike and select retailers for $80 USD.