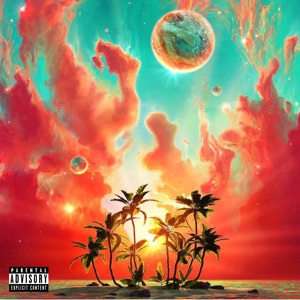 Ronny J, who is half-Black and half Italian, consciously made the decision to stick to his plan of releasing new music because he considers music to be a healthy form of escape and distraction, especially now.
Today, he continued his streak of innovation with his new single “Miami.” Connecting with Argentinian trapper Duki and Italian rapper Sfera Ebbasta (who rhymes in his native language), Ronny J delivers his signature distortion and deafening 808s to the Latin trap beat, as he sprinkles in auto-tuned bars of his own in Spanish and English. “Miami” is the first single off Ronny J’s upcoming album Jupiter, due out this summer.
Stream “Miami” Here: https://ffm.to/miami
Over the past few years, Ronny J has emerged as one of hip-hop’s most vital producers. Born in Camden, NJ, Ronny relocated to Miami for college, where he spent most of his spare time making beats. In 2013, Ronny established himself at the center of the South Florida rap scene as he crafted the sonic blueprint for the new wave of stars, including Denzel Curry, XXXTentacion, Ski Mask The Slump God, Lil Pump, Smokepurpp, and more. The rapper/producer established an astonishing list of accomplishments, connecting with Kanye West for the Platinum-selling “I Love It,” producing 6ix9ine’s “BEBE” (over 1 billion YouTube views), crafting diss tracks for Eminem and Machine Gun Kelly during their beef, and connecting with X and Ski Mask for the festival anthem “Take A Step Back.”
Since last Friday, the track has garnered 500K combined streams with an average of 100K streams per day.
Playlists Placements: