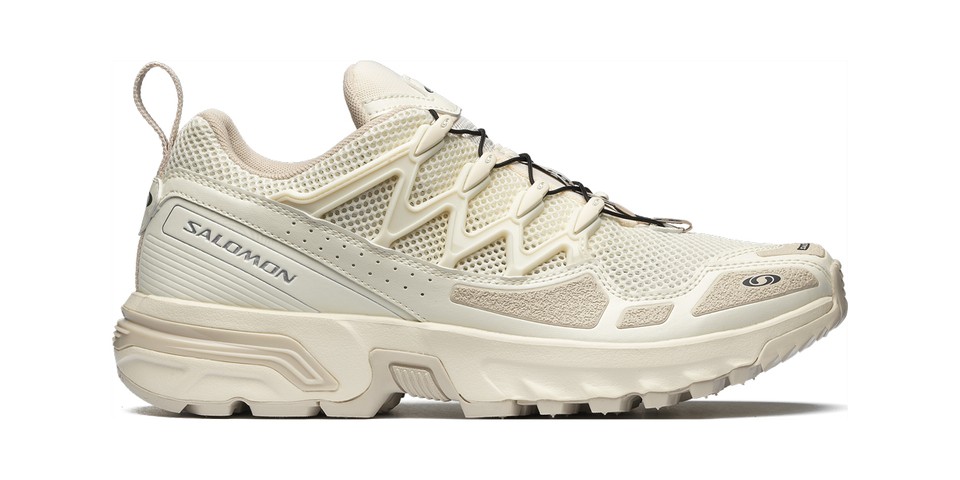 Salomon’s meteoric rise in streetwear continues to be celebrated with the introduction of new collaborative collections and silhouettes. Following news of an “Athletic Bouldering” capsule with frequent collaborator 11 by Boris Bidjan Saberi, the brand has introduced the ACS + OG. Said to be a progressive adaptation of a true trail icon, the new sneaker is an homage to technical footwear.

As indicated by the name, Salomon’s Agile Chassis System (ACS) modernizes the shoe with its contemporary stabilization technology. The brand’s Quicklace lacing system also makes an appearance, landing next to the SensiFit upper that secures the foot. Its sole includes an EnergyCell midsole and Mud Contragrip-backed outsole that features deep, sharp lugs. Kicking off its launch, colorways of “Vanilla Ice,” “Taffy,” “Lunar Rock” and “Buttercup” have been readied, offering looks suitable for both the streets and the trails.

Available now, the Salomon ACS + OG has launched in all four of its initial colorways via Salomon’s website. Priced at $175 USD, act fast as sizes have already started to go out of stock.

For more in the busy world of footwear, the Salomon XT-6 RECUT Pack joined the fray in this week’s best footwear drops.