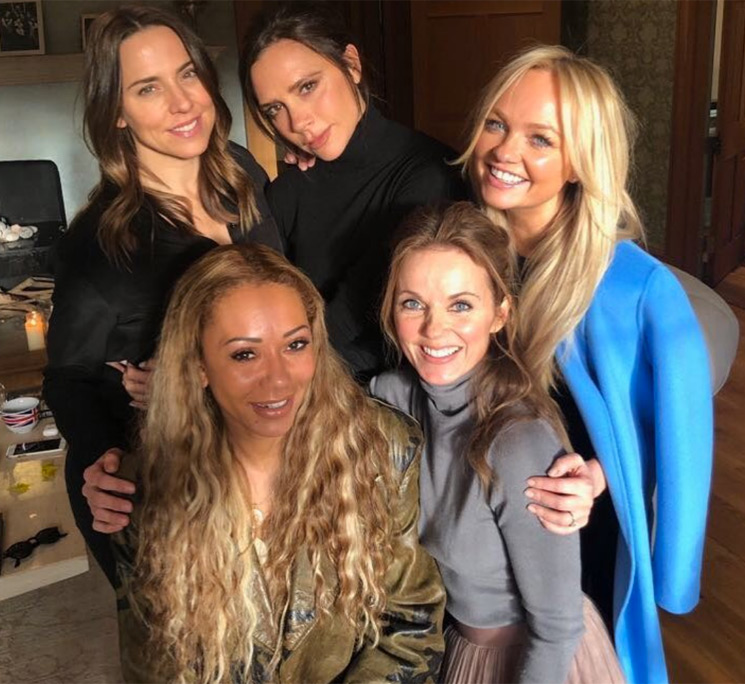 Posh, Ginger, Sporty, Scary and Baby are back together again. The five Spice Girls have reunited, confirming their reformation with a statement announcing, “The time now feels right to explore some incredible new opportunities together.”

The Sun reports that each member is being paid Ł10 million ($17.5 CAD) to take part in a reunion that will include a variety possible projects, including a new greatest-hits album, a televised talent show, TV shows in China, and product endorsements.

You may notice that the above list projects does not include live performances or any new recordings. Apparently, Victoria Beckham (Posh Spice) only agreed to the reunion after being assured she wouldn’t need to sing.

The members posed for a few informal photos during their meeting in London today and then shared them on social media. Below, read a statement that’s credited to all five members. At the bottom the page, see the various social posts from the individual members.
The famed ’90s pop group haven’t reunited since 2012, when they performed for the Olympics in London. Their last full-blown tour was in 2007-2008.