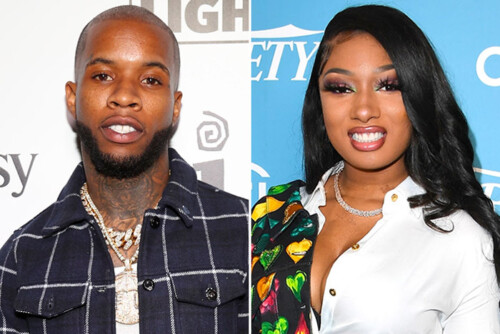 If you’ve been following all the news, Tory Lanez was arrest when a gun was allegedly found inside the vehicle he was driving in. Megan Thee Stallion was also present at the time of the arrest. And now, footage from that arrest has been leaked. Apparently police was called to the scene of a Hollywood Hills resident around 4:30 AM, Sunday night. As officers arrived, an argued ensued in a nearby SUV just as multiple gunshots were fired into the air. The vehicle then drove off.

The car was eventually tracked down, and both Tory and Megan were inside, along with another woman. They were all detained. Watch the footage below.