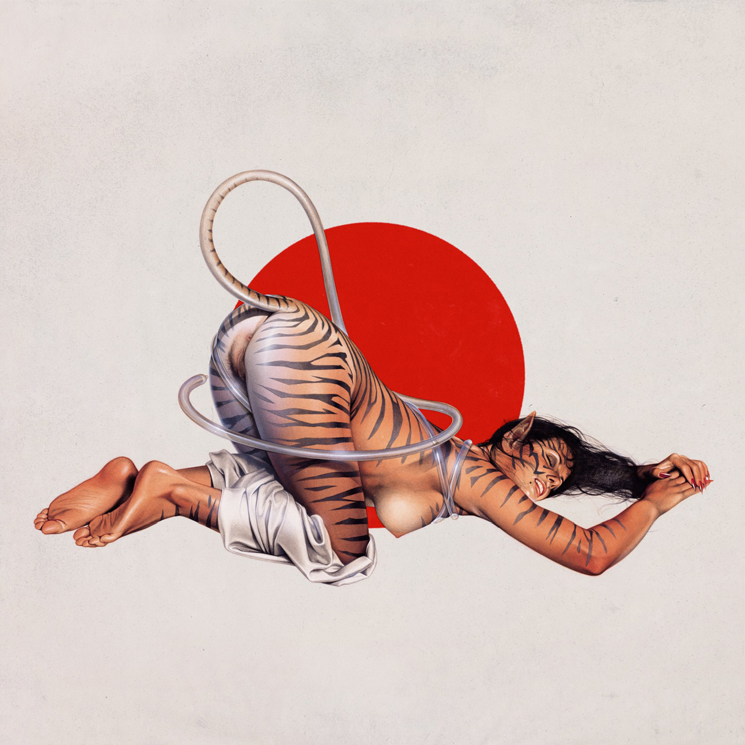 Earlier this week, Tyga revealed plans to release a new album titled Kyoto by sharing some extremely WTF artwork, which you can feast your eyes on above.

The image, which comes from the mind  Japanese illustrator Hajime Sorayama, features a nude woman-tiger hybrid in front the flag Japan. The artwork has left plenty people fended, disgusted or both.

You can watch his answers — complete with a drive-by cameo from Tyler, the Creator and his McLaren — in the player below.