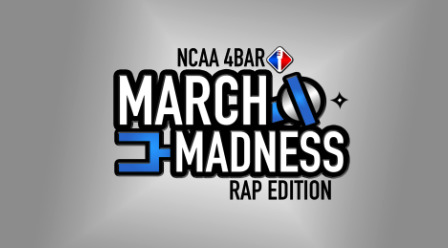 It started with 16 teams comprised of 64 players from across North America. The teams were ranked 1-16 after the preliminary round on March 4th. The bracket started with the first eight games and the tourney is currently in the Final Four.

The tournament structure is 4 players vs. 4 players, with 4 judges scoring the games. All artist submissions are made exclusively through the 4bar app or 4bar site where the official beats are hosted.

Players are only allowed to drop 4 bars each so they need to pack a lot of punch! Teammates string together their 4bar videos. This introduces a new element to Rap: Team Chemistry.