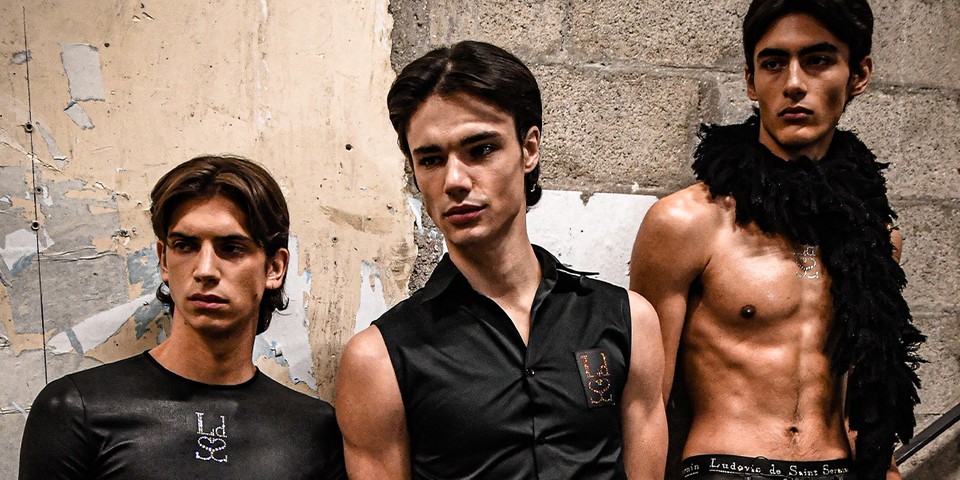 LdSS saw Irina Shayk take the runway, along with Adut Akech, modeling key looks from the season. Taking denim and leather, this season’s silhouettes were form-fitting and accentuated every curve. Leather was a prominent material used. Continuing to expand its offerings with skirts and button-downs, featuring the classic bedazzled LdSS boxers underneath, LdSS is nothing but consistent with his looks.

Smothered in sensuality and pure sex, looks included see-through, mesh tops, giving the onlooker a cheeky visual. Diamonté encrusted, ultra-short skirts and underwear were a highlight on the runway. While the leather fetish was in full force, so were the denim ensembles. Exaggerated silhouettes found themselves in depicted through boa-like accessories as well as the oversized, tattered sweater, while denim pantsuits with diamonté encrusted crotches bring a fun and eclectic everyday look for the masses.

LdSS stays true to his sensual approach to fashion, giving traditional silhouettes a fetish-first makeover and bringing a lot of sex to Paris Fashion Week. Take a look above at the FW23 collection.