Watchbox’s traveling exhibition Two Decades of F.P. Journe & De Bethune: A Retrospective Exhibition has arrived at its second to last stop in Asia, Hong Kong. On view between January 18 – 20, the exhibition displays over 100 pieces from the two independent watch brands, spanning some of their finest, rarest, and most important timepieces since their establishments. Joining Hypebeast is our guide, Tim Mosso – Director of Media & Watch Specialist, and resident host for Watchbox’s Youtube channels – to walk us through the exhibition while sharing his insight, and knowledge in history, as well as reviewing emblematic timepieces from F.P. Journe and De Bethune.

As Watchbox’s own, De Bethune holds a special place for the company, and is considered “an undiscovered gem in Haute Horlogerie and independent watchmaking.” Since its conception in 2002, De Bethune’s pieces have always been “distinctive, provocative, sometimes a little bit outrageous and avant-garde to a fault.” For a watchmaking brand famed for its experimental aesthetics, the DB25 and DB27 are perhaps the conventional silhouettes from De Bethune, which Mosso recommends as entry pieces for those who are used to the likes of H. Moser & Cie. or F.P. Journe.

Marking De Bethune’s place in horology, the iconic DB28 model had won the “l’Aiguille d’Or” award at the 2011 GPHG, which Mosso explains as a watchmaking award with equal significance to receiving Best Picture at the Oscars. Highlighting the mesmerizing hue of the piece, the host elaborates that “often when you see blue on a dividend watch it means titanium has been exposed to extreme heat and through an oxidation process, and it turns blue. So you can see here on the DB 28 Skybridge, everything that’s blue is actually black, polished, and fired titanium.” 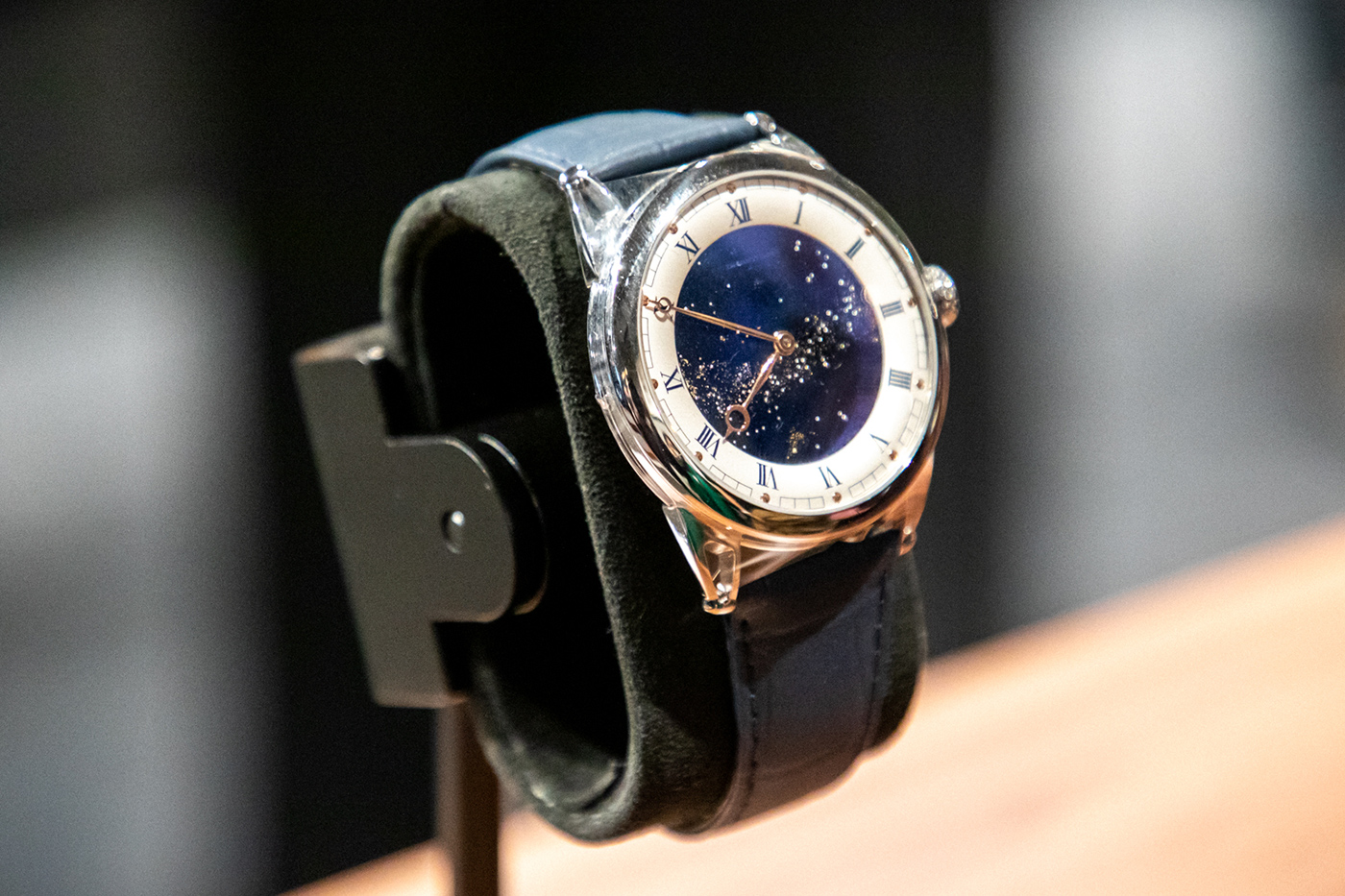 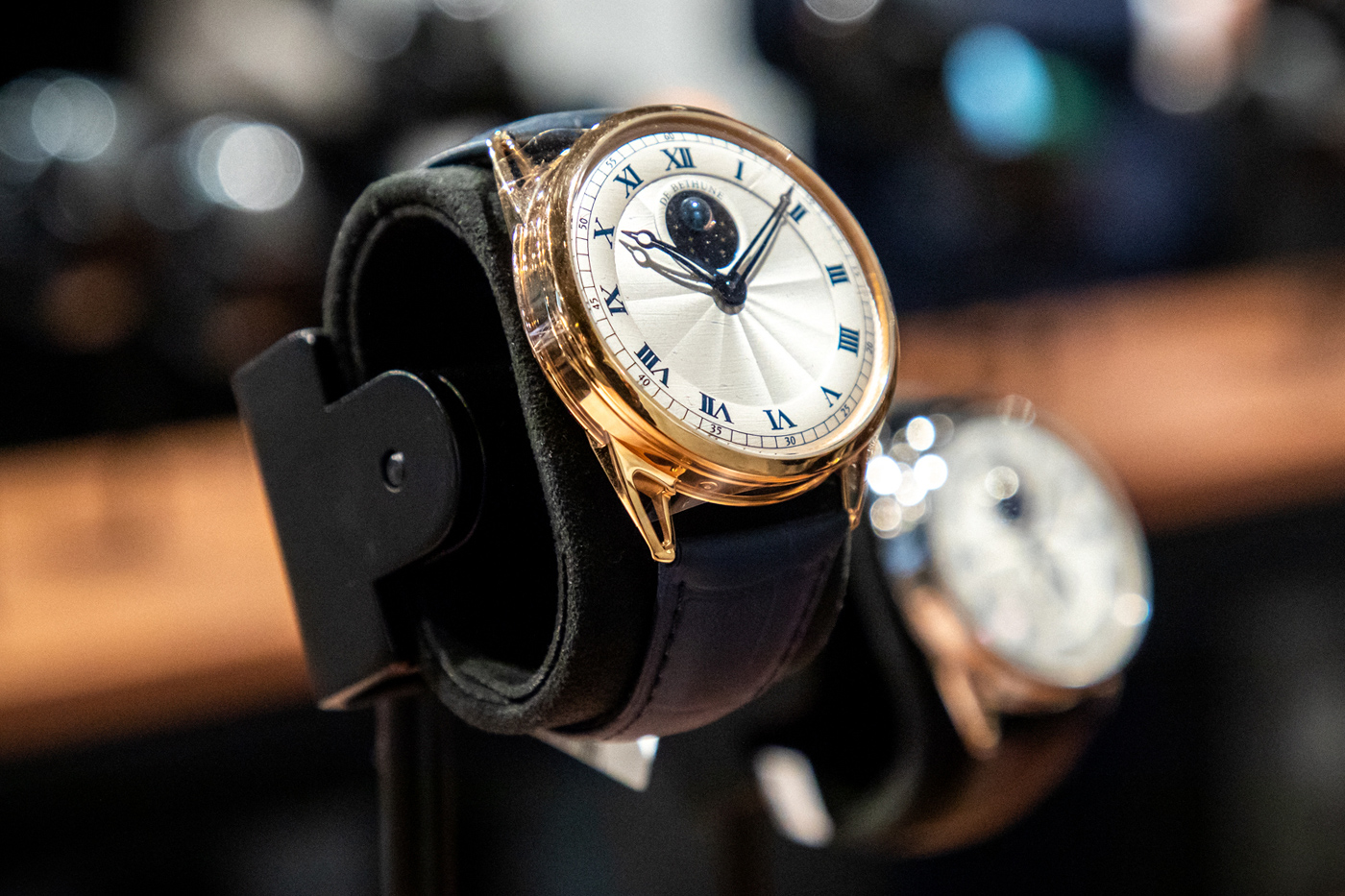 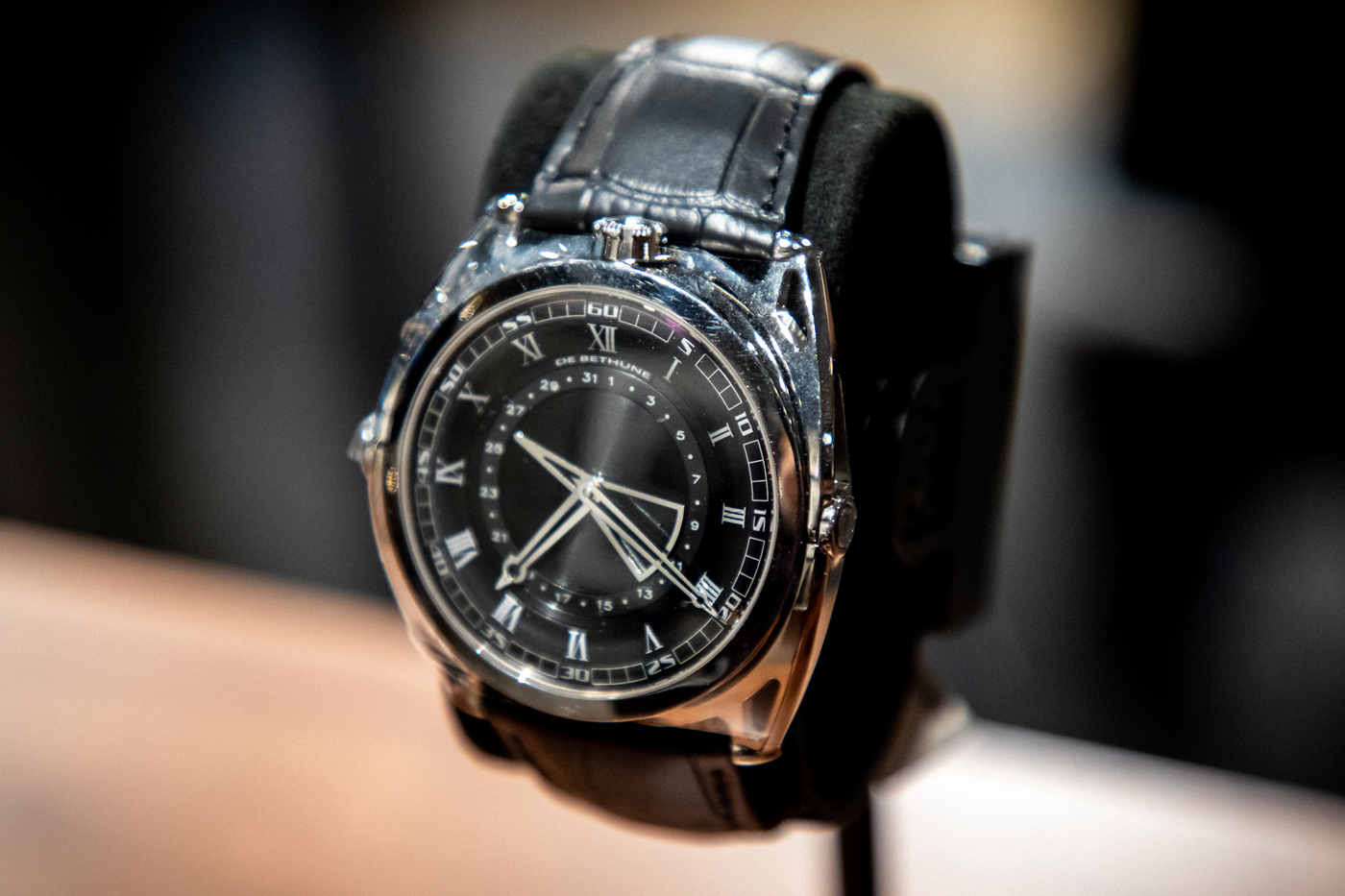 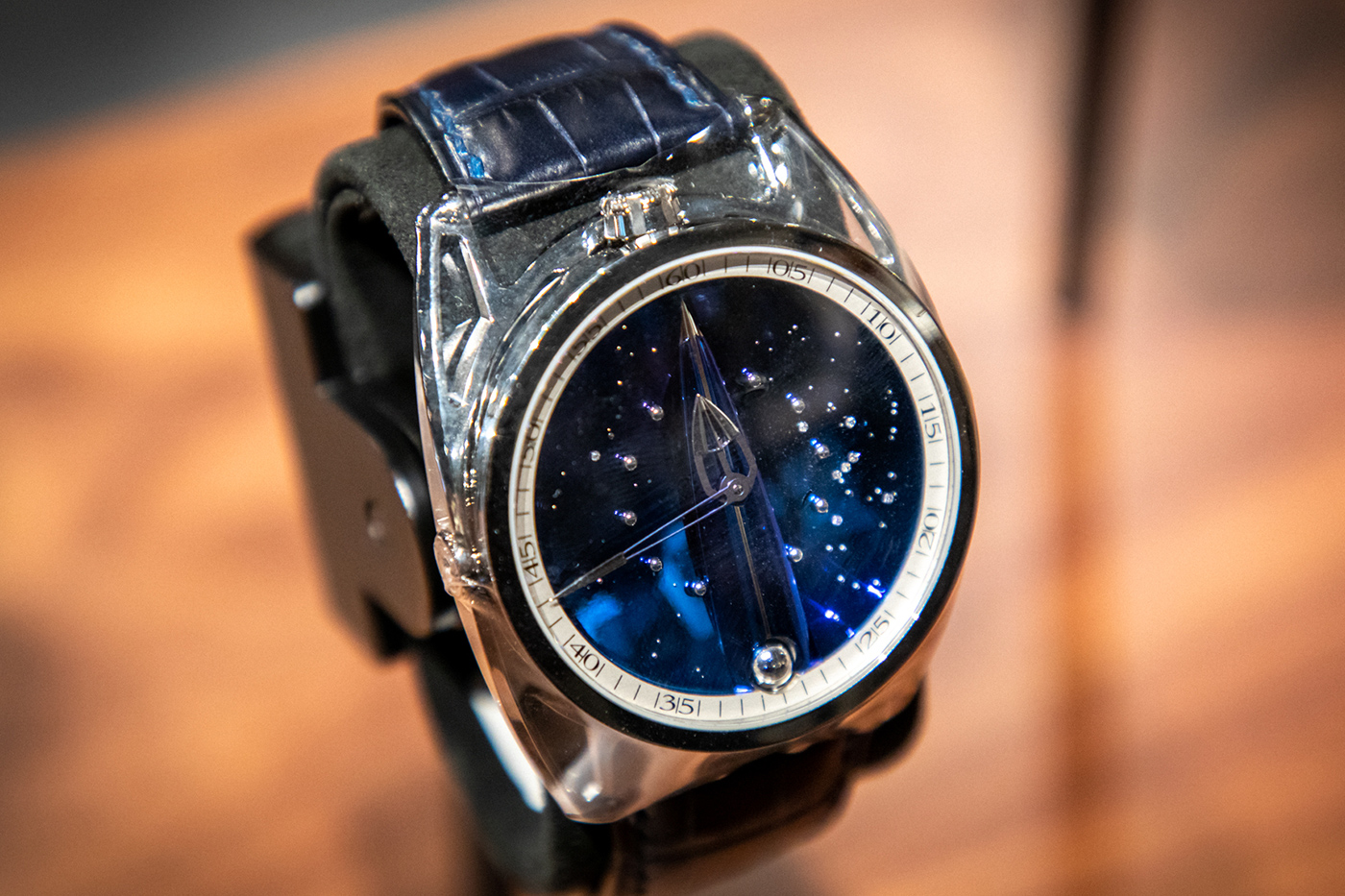 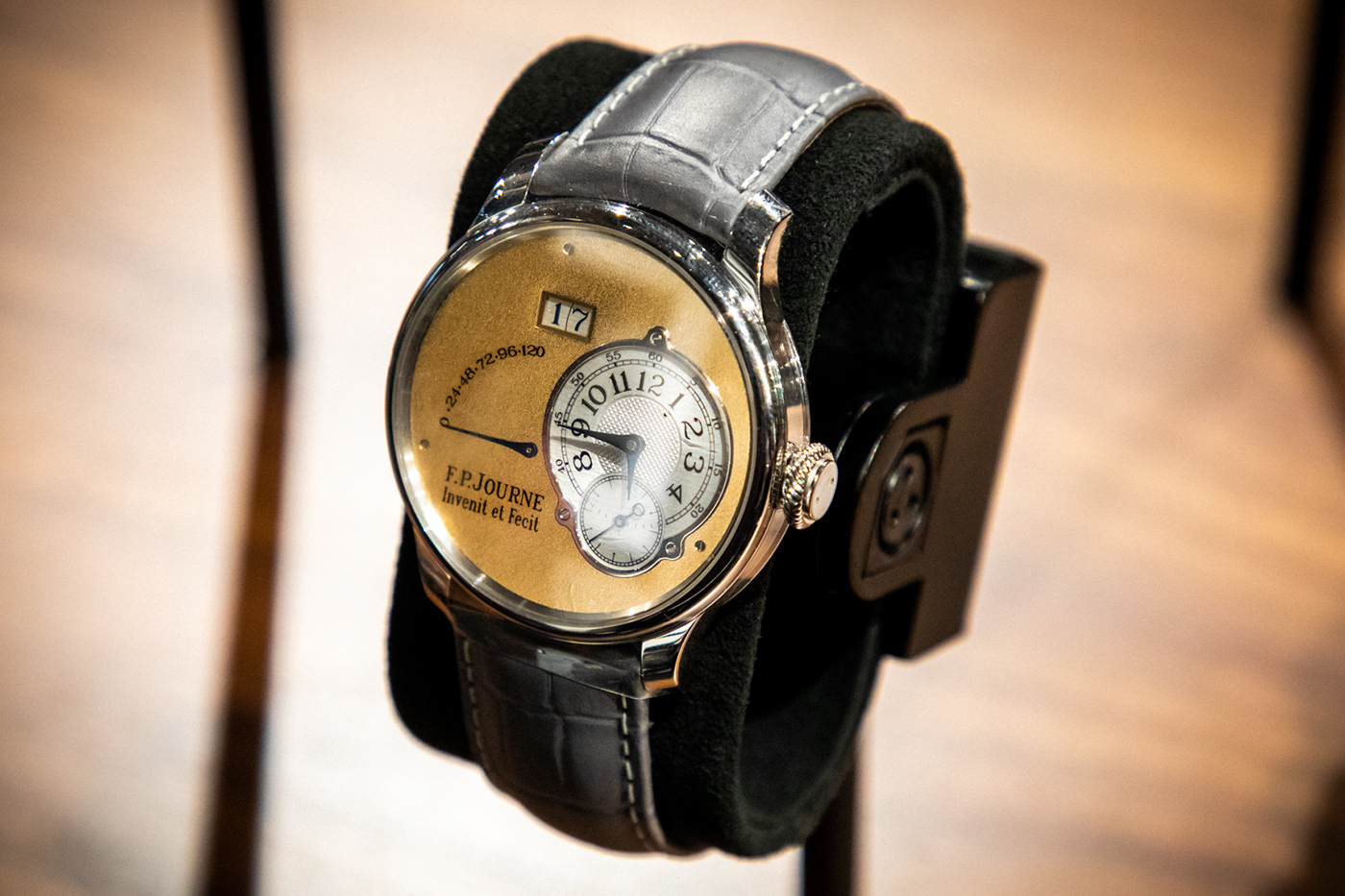 As stated by Mosso, F.P. Journe’s founder François-Paul Journe is “probably the most important modern-day watchmaker.” Supported by Watchbox for years “largely because François-Paul Journe does not have enough watches to sell his customers.” Mosso further explains that “If you go into his Journe boutique, most of the watches are going to be dummies or mockups, non-running plastic pieces, or empty cases. So we sell more Journe than Journe and that’s our niche in the market as we have the largest selection.”

From F.P. Journe’s very first model, the brand has established a clear design language that standardized its cases across its classic line – from the automatic-winding Octa to manual-winding Tourbillon Souverain, Chronomètre à Résonance, Chronomètre Souverain, and Chronomètre Bleu, which all possess a defined style and design continuity that runs from 1999 to now.

From the exhibition, Mosso has spotlighted F.P. Journe’s Tourbillon Souverain, and De Bethune’s Dream Watch 5, both emblematic timepieces from the brands, to review in more detail. 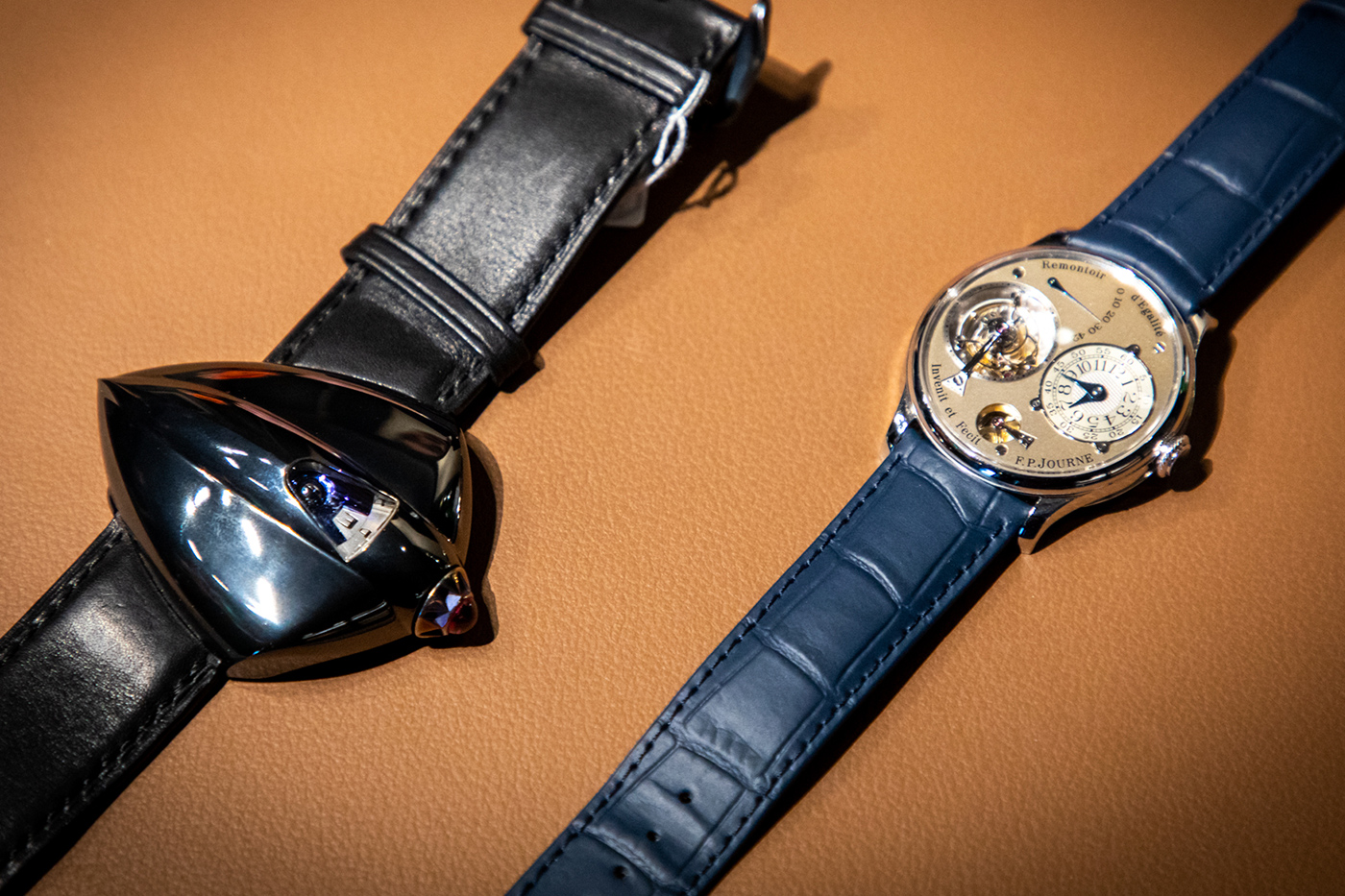 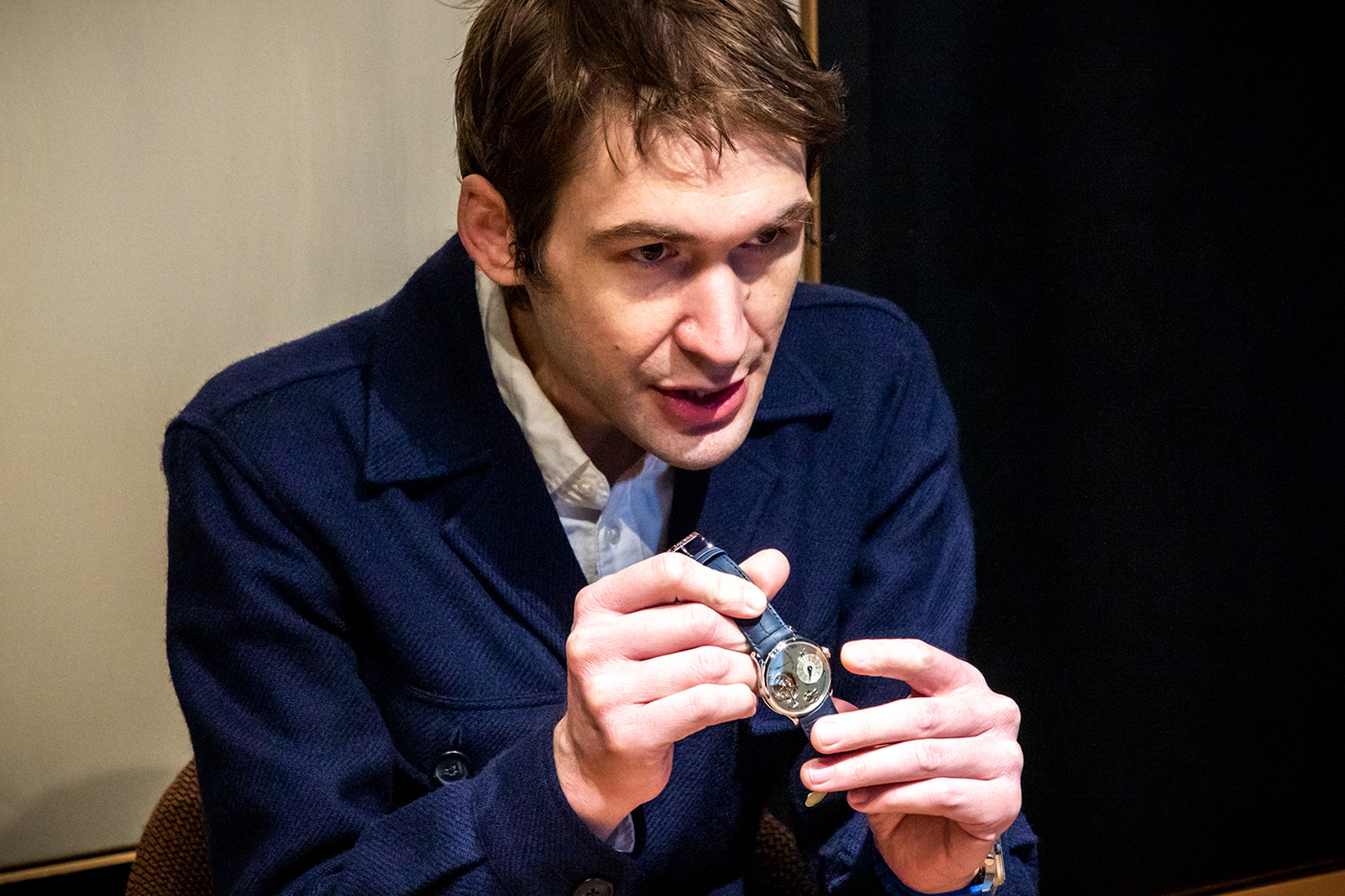 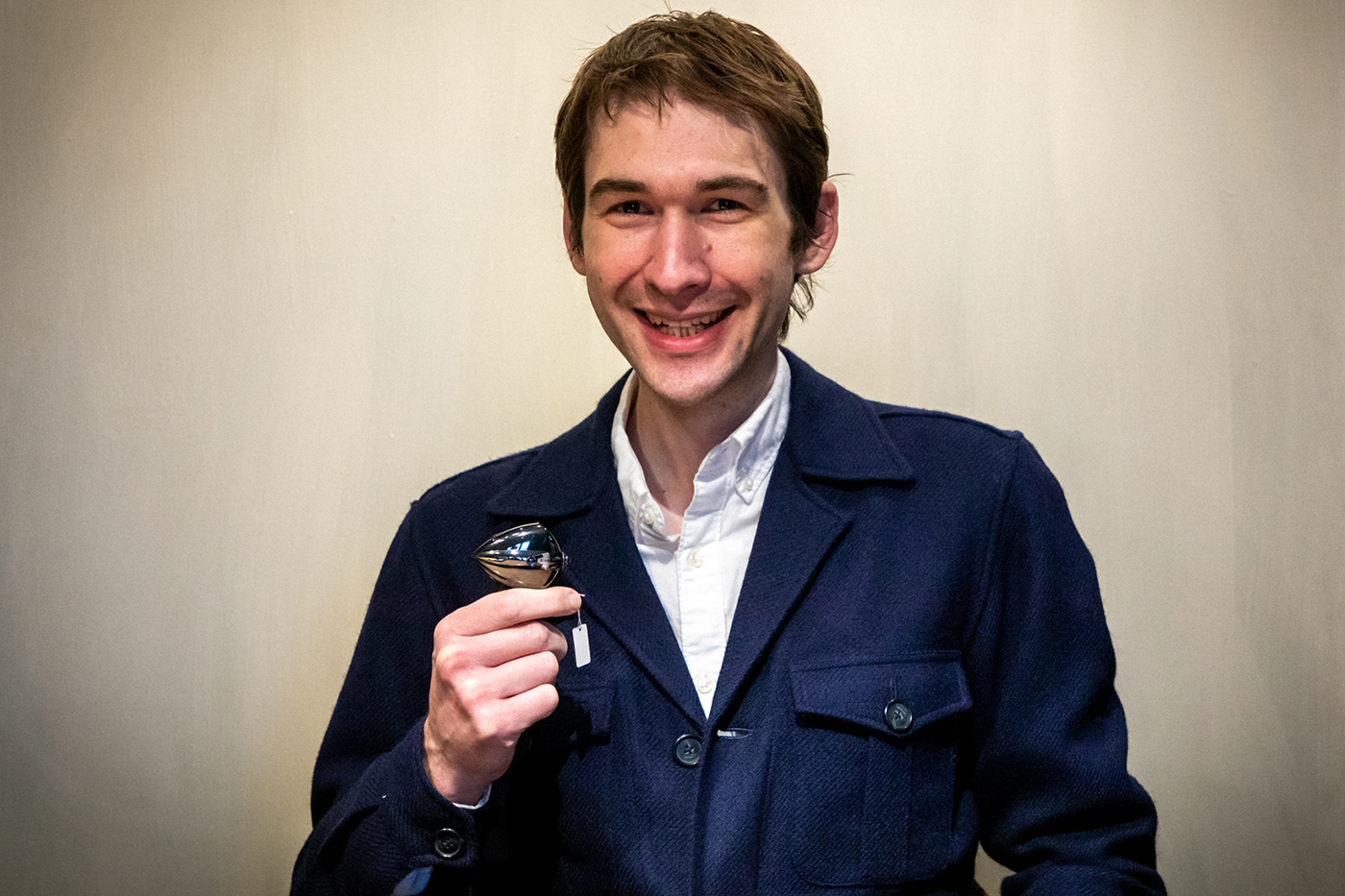 F.P. Journe’s Tourbillon Souverain, which is better known as the Tourbillon Remontoire, is the first to incorporate the remontoire constant force device with a tourbillon regulator. According to Mosso, the watchmaker affirms that the tourbillon here performs no function, as all the heavy lifting is done by the remontoire system on the reverse side. As a discontinued variant, the timepiece possesses a number of rare features that is unique to this time, such as its 30mm case size, shallow caseback engravings, double hallmarked Elinor case as well as the acclaimed brass movement that was disused since mid-2004.

Contrastingly, De Bethune has evolved from producing classic yet conventional designs to solidifying its status as an idiosyncratic watchmaker that specializes in Grail watches in merely four to five years. To demonstrate the brand’s distinct and audacious offerings, Mosso picked out the Dream Watch 5 from the acclaimed Dream collection, which he emphasized as the “Grail among Grails.” The model allows a spectrum of customization, albeit engraved, enameled, with miniature sculptures, or to be constructed out of meteorite if so requested.

“Both of these brands represent independent horology at its peak. Journe has a more classical approach, De Bethune decidedly more avant-garde, but they are similar in age as brands and similar in volume as manufacturers. They will always be exclusive, which is one reason why a lot of people who are fleeing bubble assets like crypto, NFTs, meme stocks, they’re actually getting involved in independent brand watches from the likes of Journe, De Bethune, and others. Which is why more than ever, in the post-economic bubble era, these types of watches have a lot of fascination and appeal to collectors who would like to own a solid store of value that you can also enjoy on a daily basis.”

Touring since October 2022, the Two Decades of F.P. Journe & De Bethune: A Retrospective Exhibition will be wrapping up in the US coming March. After Hong Kong, the exhibition will be available in Watchbox’s Dubai location from February 15 – 17 as the last stop in Asia. For more information, visit Watchbox’s official website.